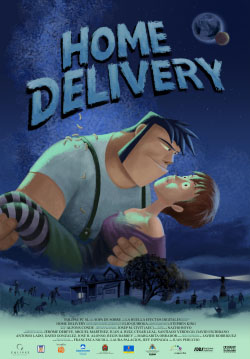 Wow, Home Delivery is one of the coolest Dollar Babies I have ever seen (and I have seen quite a few of them). It’s animated in the same style as Disney’s The Incredibles and it looks so very good.

I first saw pictures from this one online and though to my self that I have to see this one!. Now that I have I’m stunned. It’s so very well done!

If I didn’t know it I would never guess that this one is a Dollar Baby. It’s so well done it could be a pre-movie to any blockbuster or included as an extra on a DVD…

The story is told by a narrator and illustrated like if she (the narrator) is reading a book with the story. It’s also done like if it where shoot with wide camera angles and swooping movements. I’m not sure if I make myself understandable here but it looks very good and grand.

The story most of you probably know. It’s the story about how mankind turns into zombies and rules the world. Maddy, the main character lives on an island where most of its inhabitants (including he husband) have lost their lives to the sea. So, even though the cemetery is pretty empty the sea is fuller and one night her husband returns…

King even has a cameo in it, sort of. He isn’t in it himself but if you take a look at the president on the picture below you’ll understand what I mean… 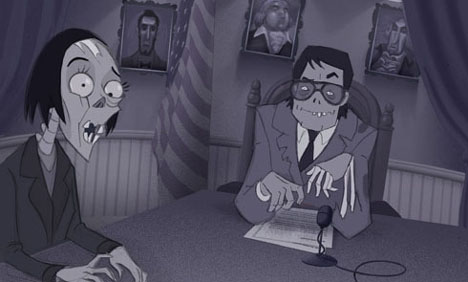 If you can you should really take the chance to see this one. As I have said it’s one of the coolest and best Dollar Babies I have seen. Hopefully it’ll be participating in the 3rd Dollar Baby Festival. 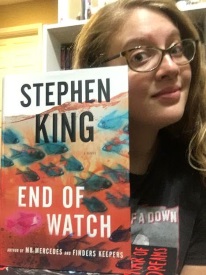