The Dead Zone as a TV series? Is that doable? Well, I'm not sure but after seeing the pilot I have to say that it sure is possible. The pilot entitled Wheel of Fortune is 40 minutes long (without commercial) and looks really promising. OK, I admit, some things have been changed compared to the original but that isn't as annoying that I first thought it might be. If the pilot would have been a movie instead of the first episode in an ongoing series I would have been worried. But with the fact that this pilot will be followed by (at least) 12 more episodes it's no big deal.

The main changes are that two more characters have been introduced into the plot. One is Bruce Lewis (played by John L. Adams) who is Johnny's personal trainer and Reverend Gene Purdy (played by David Ogden Stiers) who is a moral support to Johnny's mother when the series begins. My guess is that these characters have been added to prevent the series from being about just a few characters. In King's book Johnny and Sarah are the main characters and then there are some smaller as well but mainly the story revolves around these two. It would, in my mind, have been devastating to the series if it had been based on just two characters.

Another change is that Sarah (played by Nicole deBoer) now is the wife of Sheriff Walt Bannerman (played by Chris Bruno). Yes, this is the same Sheriff that in the book uses Johnny's help to find the Castle Rock Strangler. Exactly why Sarah is married to Sheriff Bannerman and not some nobody (like in the book) I don't know but even this I don't have a problem with. Over all I find myself excepting all these changes with an ease that isn't like my. I usually want everything to be exactly as in King's book. I can't say why though…

Besides these changes there are some smaller changes in the overall story. The differences aren't that big though and the end result is the same as in the book, which is the main thing. 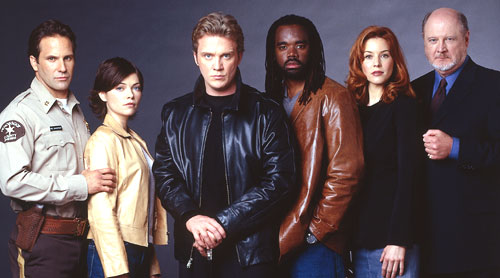 How about the leading man then? Anthony Michael Hall as Johnny Smith. Well, I like Hall as Smith. I, like many of you probably have Christopher Walken in mind when someone says The Dead Zone, right? Well, I thing Hall did the role, if not a better, as good as Walken. Hall is a more modern Johnny, who might not be so strange since it's been 19 years since the movie was done but still…I like Hall as Johnny, he seams right!

The series itself is really well done. The scenes where Johnny has his visions are done really nice. I was a bit curious to how they would do them and after seeing them done I must say that I'm pleased. They have used some ideas from the movie but developed them into something bigger and better. I think you will all enjoy it when you see it.

The storyline then? Is it still Stephen King's The Dead Zone? Yes, it is. In the pilot we get the background story on how Johnny ends up in a coma. How Johnny and Sarah meat and fall in love (even if this is a bit different from how it happens in the book). We hear about the Castle Rock Strangler, Greg Stillson and Johnny even gets some of the visions that we recognize from the book. So, yes, I would definitely say that King's feeling is present in the pilot!

There is however one circumstance that isn't in the book. I won't give away what it is but it would definitely give the story a nice twist…

So, in conclusion. After watching the pilot I definitely think this is a series that have the potentials to be great, if handled right, that is. If not it could turn into one of these mainstream series that no-one watch. I don't think that will be the case though. From what I have seen and heard the creator of The Dead Zone seams to know what they are doing. So, tune in to USA on June 16th and sit back for the ride, the pilot ends with a real cliffhanger… I think you are going to like it, I know did! 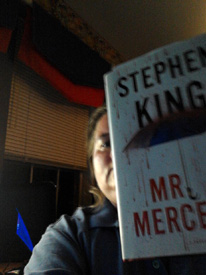