The first 8 minutes is among the best I have seen. It’s also among the most horrible things I have seen. It’s gruesome and it’s cruel and I’m actually a bit surprised that they show us as much of what’s happening as they are. I had goosebumps quite some time after I had seen it. But it sets the tone in a very good way and it tell us that the Mr Mercedes Killer is a very cruel and horrible villain. It also tells us that Bill Hodges is determined to get him.

After that we skip two years into the future and we meet a new version of Bill Hodges, a version that is now retired and pretty fed up with life. He drinks beer, watches TV, yells at the kids playing hockey on the street outside and that is about it. Until he gets an email from the Mr Mercedes Killer. In the email the killer taunts him and makes fun of Bill and the fact that he never caught him. But that seems like it might be a big mistake. Now Bill has something to live for again…

We also meet Brady who works at Supreme Electronix. Right from the start we can tell that he is a bit strange. We don’t know exactly how but we can tell. Then we see him coming home and we get a better understanding on what might be wrong with him. His Mother! She is clearly a drunk and it’s also very clear that there is an incestuous relationship going on between them. What is also clear is that Brady seems to have the same Smiley in his basement that we saw in the email Bill got…

I must say that I really, really enjoyed the pilot of Mr Mercedes. It surprised the hell out of me…in a good way. I didn’t think that we’d get to see as much of the murders as we did. I didn’t think it would be as visually gruesome as it was. That surprised me but I’m very happy that they did it the way they did. That way there is no doubt about what kind of stone cold killer the Mr Mercedes Killer is and that is very important for the rest of the show. 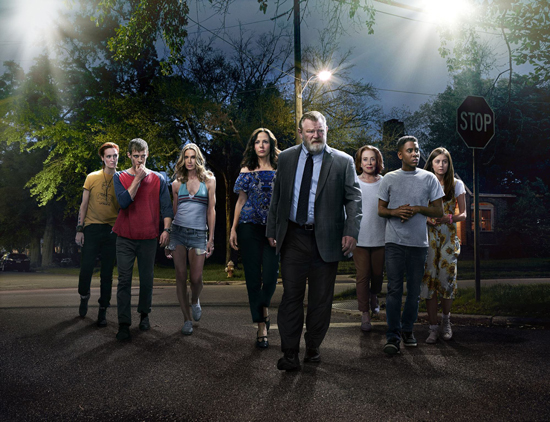 The show is also perfectly cast. Brendan Gleeson is perfect as Bill and Harry Treadaway is extremely unsettling as Brady. We also see Jharrel Jerome as Jerome Robinson and Holland Taylor as Ida Silver (Bill’s neighbor) and they are both good. One that impressed me a lot is Kelly Lynch as Deborah Hartsfield. She really is the mother no one wants. Perfect! 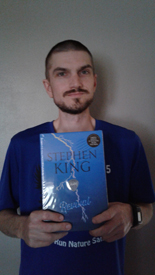