So we have reached the end. Or the beginning depending on how you want to see it. Jake and Sadie reach Lee just in time to stop him from firing the second, mortal shot at JFK. He get off the first shot off, the one that misses, so everyone knows that someone wanted JFK dead. This happens fairly early in the episode so there will be time left to explore the end result of saving JFK. One of the things that happens though, is that Sadie is hit by one of the shots Lee fires at Jake and she dies. Lee is also killed by Jake when he tries to overpower him. So, the only one surviving the assassination is Jake, the man that doesn’t really exist in 1963.

He is caught and would most certainly have been convicted for the assassination attempt if he hadn’t know what he knows about the future and what happened after the attempt. Now he can talk his way out of it by rightfully predicting what will happen. You might think that the FBI swallows what he says too easy but after all, the president himself called to thank him for saving his life.

Now Jake goes back to 2016 only to discover that the world didn’t get better with JFK. It got worse. It is an apocalyptic world to which he has returned. By accident he meets Harry who remembers him from saving his life when he was a kid. He asks if Jake is an angel (which is taken from the book where Jake tells him that when he saves him). Jake realizes that he will have to reset everything and goes back to 1960 so that everything starts over. He then realize that one of the girls in the pink car that drives by as he enters is Sadie (it’s hard to see if it’s actually she in the first episode but it’s supposed to be) and he runs after her. He makes contact with her but is then convinced by The Yellow Card Man to let it go. Jake do so and returns to 2016 once again and everything is back to normal. Everything is as it was when all this started, except for one thing…

Jake knows about Sadie. He looks her up and finds out that she is still alive and is about to receive an award. He decides to attend the ceremony and afterwards asks Sadie to dance. They do and everyone is pretty happy with how things turned out. The End.

I was a bit worried about the ending but it works really well. Maybe the part where Jake goes back to the bad 2016 is a bit rushed but I guess they had to prioritize the time they had and I think they did that wisely. We get the idea that letting JFK live wasn’t a good thing and we get that Jake sacrificed a life with Sadie.

To summarize the series I think they did a great job with it. It is shorter than the book and things might feel a bit rushed in comprising but it was impossible not to.. They had eight plus hours and the story is about 30 hours in audiobook format so… they changed things, sure. Bill Turcotte got a much bigger part than in the book. A lot bigger but that was to give Jake someone to act against in the show, to not just have him “tell” the audience what he was thinking and why he was doing things. Also a good choice. 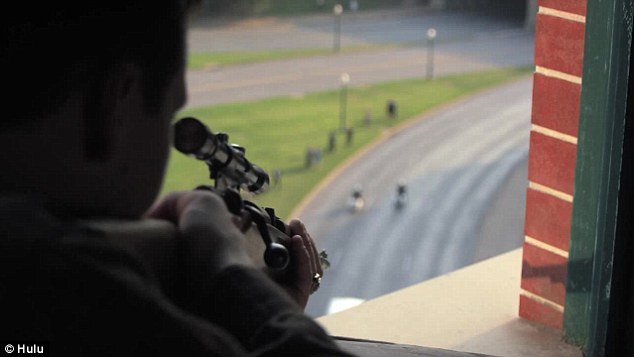 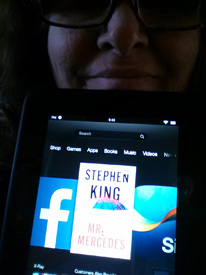