In episode 4 we get to know Sadie’s husband, Johnny Clayton and he is not a nice guy. He is still very controlling and has no plans at all of giving Sadie her divorce. It really doesn’t improve things when Jake tells him he will beat him up if he doesn’t give her the divorce. Johnny is played by T.R. Knight and he does a great job with the role. He looks really psychotic. And he is psychotic which Sadie and Jake will soon find out.

The other big thing in this episode is that we have arrived in 1963 and the JFK assassination draws closer. Jake and Bill still aren’t sure if it’s Lee and Lee alone that assassinates JFK so they keep following him to see what he does. As they do Bill gets more and more fond of Lee’s wife Marina and he actually starts to interact with her against Jake’s strict orders. Jake doesn’t want to risk changing what’s about to happen more than they absolutely have to.

Jake and Sadie are moving on in their relationship and Jake almost tells her who he is and what he’s doing there. He doesn’t but it’s close. One of the reasons he almost tells her is that Miss Mimi finds out he isn’t Jake Amberson. He confesses to her that his real name is Jake Epping but he doesn’t tell her he’s from the future. He tells her he’s in the witness protection program after testifying against the mafia. It’s fun to see the reaction from Miss Mimi as she has no idea what the mafia is…

No Yellow Card Man in this episode and I think that is a good thing. We don’t want the supernatural to take more space than it needs to here. I do want more of Lee though but hopefully we’ll get that in the next episode. 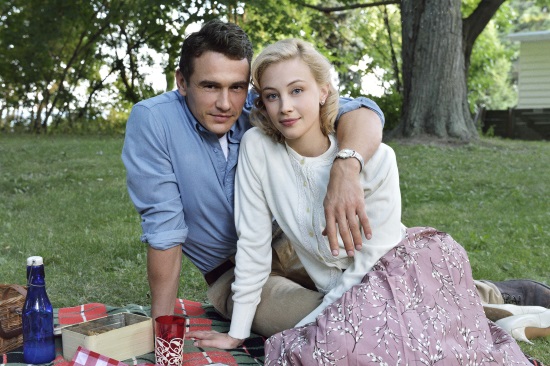 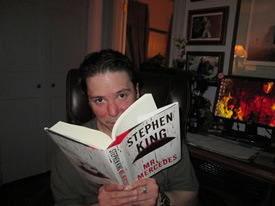