A Face in the Crowd

King’s second collaboration with Stewart O’Nan and latest book is called A Face in the Crowd and was just recently released on audio and as an eBook. I have listened to the audiobook and I must say that I’m impressed with this little story. It’s about Dean Evers who after his wife died get more and more lonely. He passes the time with watching baseball on the TV while eating dinner. One night however he see someone he recognize in the crowd, someone who can’t possible still be alive. Dean thinks he must have made a mistake but when he the next night sees someone else from his past, again someone that isn’t alive he can’t deny it any more. He is seeing dead people in the crowed. But why? Why are they there and why are most of them mad at him?

You instantly feel for Dean. He is lonely in his sad life. His wife is gone, most of his friends are gone. He lives in a place where he doesn’t know that many people and now he starts seeing dead people. How can you not feel sorry for him? 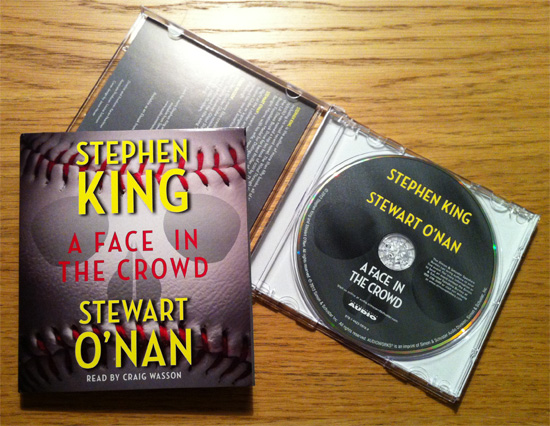 King and O’Nan do a great job telling the story of Dean and I like it a lot. One thing though, it’s too short. And it’s not just that I want more but I feel that because it’s as short as it is you really don’t have the time to draw any conclusions to what is happening to Dean before it’s being revealed. We should have gotten more time to hear the story, to hear more about Dean and more time to start figuring out for our self what it was that made Dean see those dead people and what they wanted with him.

The audio is narrated by Craig Wasson who we recognize from other King audio books and again he do a great job in giving life to King’s characters and I don’t have anything to complain about when it comes to Wasson. He is a born narrator! And another thing that I like about the book is that you have no idea of who wrote what. You can’t even guess what parts was written by who and that to me is the perfect collaboration.

Lilja's final words about A Face in the Crowd 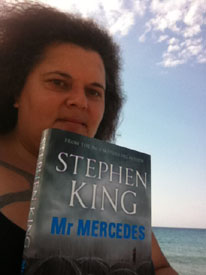