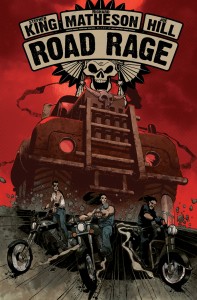 The fascination with Throttle is that you don’t really know why the truck driver goes after The Tribe. It could be because they cut in front of him but who would kill for that? Maybe the truck driver but we really never know. It’s fascinating though to see someone go crazy like that and that feeling is what King and Hill is getting through from the written word to the reader in their story. And the same goes for the comic. We don’t know why what’s happening is happening but it’s fascinating.

The comic is adapted by Chris Ryall and illustrated by Nelson Daniel and they both manage to get the same feeling in the comic. We feel for The Tribe and Daniel’s illustrations are just as detailed as they should be some of them very graphical. They are also quite different from other comics based on King’s work that isn't a bad thing. The characters are rougher but that fits the story perfectly. In other words; Daniel's illustrations are just what the story need.

This is the first issue of four. The second will conclude Throttle and the third and fourth will be an adaptation of Richard Matheson’s Duel which is the inspiration for King and Hills story. And for those of you that don’t know what Throttle is about it’s about a motorcycle gang that is being hunted by this very big truck when they are on the road. No one really knows why but it definitely looks like he wants to kill them and even though they are on motorcycles it’s not as easy as one might think to get away from the truck. Especially this one, who has a way of always coming back.

At the end of this issue we get a column by Chris Ryall about his work with King, Hill and Matheson and it’s obvious that the stories, mostly Duel, has had a big impact on him. And if he, and the team behind the comic, continues in the way they have started in this the first issue they will honor the stories in a way that they can be very proud of.

This comic is as interesting as it’s short. Four issues must be quite uncommon for a comic. The first issue promises very good things to come though and I know for sure I’ll be along for the ride. 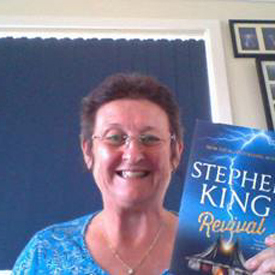