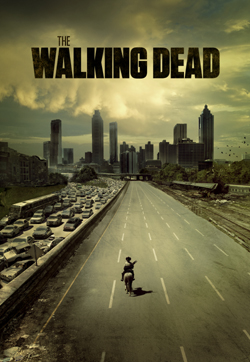 This will be a review of the bonus features you can find on the DVD version of The Walking Dead. If you want to know what I think about the series itself you can do that by reading this review.

The creators of this DVD certainly hasn't been saving the good stuff for a rainy day when it comes to the bonus features collected here. The first thing we get is a half-hour documentary about the entire series which is followed by shorter once (about five minutes each) that deals with each episode. In them we got to hear about how the series was created, how they did the special effects and so on, both for the entire series but also for each episode. We also get a look behind the scenes in something called "A Sneak Peak with Robert Kirkman." This last one however, is more advertisement for the series than a look into how it was done or what's up ahead, as the title suggests...

After that we get some Zombie makeup tips that can be useful on Halloween. I think, however, that you'll have a hard time getting the good result we see here when you do it yourself. After all, these fellows are professionals. Furthermore, we get a panel discussion with producers and actors from Comic Con 2010, where the pilot episode was first shown and a trailer for the series. All this is listed as "Bonus Features" on the back of the DVD. 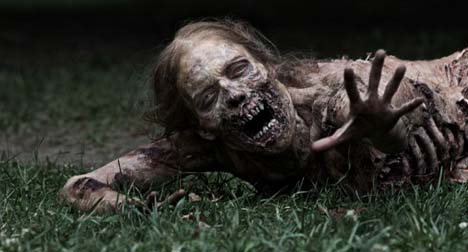 The good stuff doesn't end here though. Now we got something called "Additional Footage" and here we get a glimpse of the training the actors who would play Zombies went through in order to behave like believable Zombies. We also get to see how the scene called "Bicycle Girl" (which shows us the series first Zombie) was done. "Bicycle Girl" is the Zombie who only has a torso and it's really interesting to see how they managed to get that scene as good as it actually turned out.

The DVD ends with a chance to follow some of the actors around the set. The once we get to follow are Andrew Lincoln (Rick Grimes) who, by the way, is British and doesn't speak with an US accent as in the series, Jeffery Demun (Dale Horwath), Steven Yeun (Glenn) and Robert Kirkman. 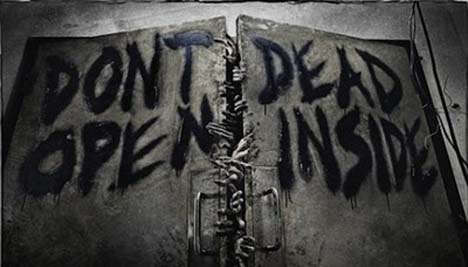 As I said, the DVD is packed with extras and if I was forced to say something bad about it (I would have to be forced though...), it would be the fact that there are some stuff that's repeated in more than one of the documentaries which may seem unnecessary if you watch everything in one sitting but that is the only downside to this DVD that I can find. And I definitely recommend that you get a copy of it. I don't think you will be disappointed with what you get!