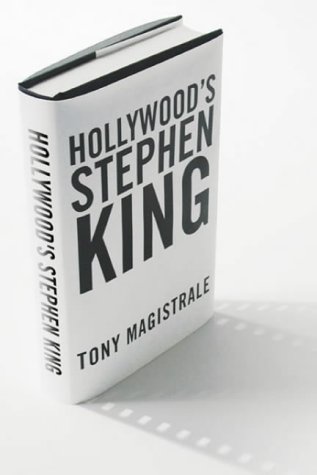 Hollywood's Stephen King is an overview of many of King's movies. Tony Magistrale, the books author, has taken a look at the movies and is providing a deeper insight then most of the books about King's movies do.

There are chapters like The Lost Children, Maternal Archetypes, Paternal Archetypes, Technologies of Fright and more. The problem that I see with this book is that it's a bit to deep. Tony himself, when describing the existing books about King's movies, say in the books preface that "Each of these texts is primarily concerned with satisfying the average fan's curiosity about the making of King's movies - cataloging technical data, plot line evolution, credits, budgets, on-location gossip, King's own evaluation of the finished product - essentially, the data behind the production history of each film."

Well, personally I enjoy books like that, books like Creepshow: The Illustrated Movie Guide by Stephen Jones and even though I think Tony do as well I feel that he thinks they are a bit shallow.

I'm not saying that Hollywood's Stephen King is a bad book because it certainly isn't but it felt a bit too deep for me when I read it. I know I'm sounding like a hillbilly saying that but I have always had problems with analyzing things. I like when you get a lighter description of the movie and the kind of background Tony is mentioning in the quote a bow. I want to read what King thinks about the movie, plot line evolution and most of all what happened on the set, the gossip. I guess I'm more of a gossip person then an analyzing person…

So, in that perspective Hollywood's Stephen King is the wrong book for me. But after reading it I must say that I didn't totally dislike it. It's not as good as Creepshow: The Illustrated Movie Guide but it's still an interesting read. There is an interview with King from May 2002 that is really worth reading.

So, should you get this book? Well if you like to get a deeper analysis of King's movies this is definitely the book for you. Personally I think it's somewhat interesting to analyze King's movies but sill, this was to much like being back to school for me… 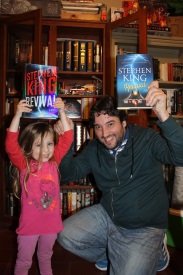