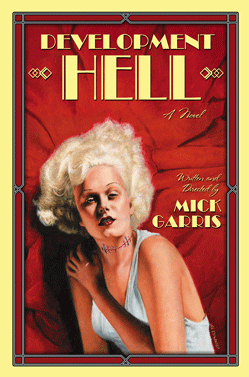 Mick Garris book Development Hell is a book like no other. It goes from strange to even stranger but in a rather interesting way.

It tells the story about a young filmmaker who is somewhat of a failure in the movie business and constantly struggles to get the success he feels he deserves. At first he gets a taste of it but then he loses it even faster when he involves a deformed “child” in his next movie.

He then gets an idea to a TV show that can’t be anything other then a success in Hollywood. It’s a kind of reality show where people will get filmed while they commit suicide…and he himself will be the first participant.

This happens fairly early in the book and if this was what it seamed the story would end there. That is not the case though. Our young filmmaker soon discovers that there is an afterlife and that he is now living it.

The problem is that it’s not what he had hoped for…had he hoped for an afterlife in the first place. It’s boring and he soon misses the touch of other humans. Soon though he discover that he can actually see other ghosts if he want’s and once he learns how to do that the afterlife gets a bit more interesting…but still very complicated.

The other ghosts, with Alfred Hitchcock leading the way, teach him how to “piggyback” on a living person. That means he enters that persons body without the person living in it notice his presence. He can also take over the body and control it fully. That he does twice and both times it ends with disaster…to say the least.

The main character in Development Hell gets involved in so many different events that when you’re at the end of the book the things happening in the beginning almost feels like it’s from a different book. It covers everything from a deformed “baby” to a woman’s body with a male soul in it being impregnated by him/her self, everything between and a lot of sex.

Development Hell is a mix of horror, sex, satire and criticism for the American lifestyle, especially the Hollywood lifestyle. All very nicely put together in a nice mix and then spread over the pages of the book.

Development Hell is definitely a book you should check out. I know I said it contains a bit of criticism for the American lifestyle but please don’t take that as a sign that it’s a hard book to read. It’s written in a very easy style and takes you on a ride through Hollywood you won’t soon forget.
Add or read comments 0 Comments
Close comments 0 Comments 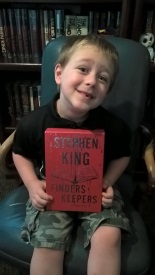