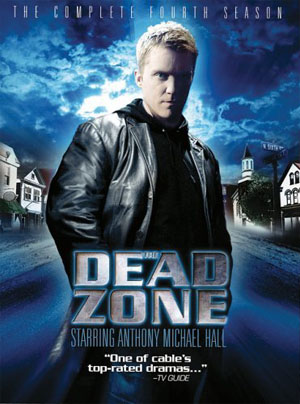 So, season 4 of The Dead Zone is out on DVD. Well, I have already reviewed the episodes themselves here and here but now I have taken a deeper look on the extra material in the DVD box.

Season 4 has surprisingly little extra material. There are commentary’s to two episodes and a tribute to the late Michael Piller. The tribute is very nice but to short. It would have been interesting if they had made it a bit longer and told more of the story about Michael.

The most interesting extra material are the deleted scenes that are included for a lot of the episodes. It’s extra interesting for the season premier episode. That one was originally supposed to be season 3’s finale but for different reasons it was pushed forward. That meant they redid it and quite a lot of scenes where cut. Very interesting to see…

One thing that I miss in season 4’s box though is the Gag Reals. For those of you that don’t know what that is (I didn’t either until I got my first Dead Zone box) I can tell you that Gag Reals are clips where the actors start laughing or parts of the set is falling down or where one actor plays a prank on another actor…things like that. They are very entertaining to watch and I miss them here.

There are also a nice featurette (The Production Design of The Dead Zone) that tells how the sets are built and how they find the right location and items. After seeing this I have to say that Lance King (ho is the boss of these issues) is someone that I admires a lot. The work he (with help from his crew) puts in to making the sets you see on the screen are amazing. Very well done Lance!

The over all look of the DVD is very nice. The menus are very well done and looks very tempting. And even though season 4 is a bit weaker then the other episodes I strongly urge you to add it to you DVD collection. You will regret it if you don’t.
Add or read comments 0 Comments
Close comments 0 Comments 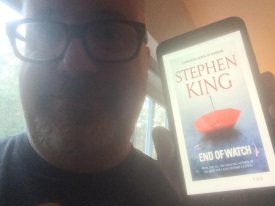