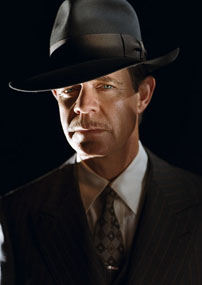 Umney's Last Case tells the story of Clyde Umney; a private eye in the late 1930’s. He lives the life we all know from detective novels taking place during that era. Filled with bad criminals, easy girls and no problems what so ever. A very easy and likable life in other words. Until the day God enters Clyde Umney’s office that is...

God in this case is Sam Landry, a writer from our time. Sam writes detective novels and his most famous character is Clyde Umney…

The episode may seam a bit strange until all the facts are revealed. My guess is that its director Rob Bowman’s way of showing that Umney’s life really is nothing more then a fictional world, full of cliché’s.

Oh, and casting William H. Macy as both Sam and Clyde is brilliant! It makes the effect perfect! 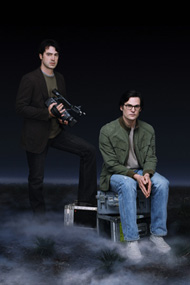 Episode 4: The End of the Whole Mess

In The End of the Whole Mess we meet up with filmmaker Howie Fornoy (played by Ron Livingstone) who, with one hour left to live, will tell us about his brother Bobby (played by Henry Thomas) and how he found a way to wipe out all hate, violence and war on earth. Unfortunately he didn’t stop to think about the side effects…

The episode is done so it’s like Howie speaks to us thorough his camera combined with flashbacks as he tells the story. This is a very effective way to tell the story. It’s also the way King told the story on paper.

Both Livingstone and Thomas do a very good job in this episode and it’s very true to King’s story.

I’m going to say as I said last week. Don’t miss this weeks episodes. Like last week they are very good! After seeing half of the series I must say that it’s now obvious to me (I hope the ratings prove me right) that TNT has a hit in their hands!
Add or read comments 0 Comments
Close comments 0 Comments 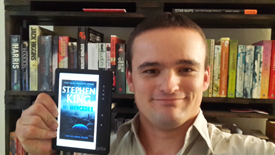