Frank Darabont as an author, is that really possible? Well, I didn’t know he had written a book until just recently and frankly I was a bit skeptic. But at the same time I got curious to what the book, Walpuski’s Typewriter would be like. So, I decided, that since I like Frank’s movies, I was going to try the book. And let me tell you, I was blown away…totally blown away! Walpuski’s Typewriter is just that good!

It’s a really short book, only just over 100 pages so maybe it’s more of a novella then a book but what you call it really don’t matter. It tells the story about a writer Howard Walpuski who is a failure of a writer. One day he walks into Cyril Pratt’s shop to get his typewriter fixed. Something he shouldn’t have done. Not only does Cyril Pratt fix his typewriter, he also fixes so that Howard’s life turns around for the better…or at least it seams like it at first.

The only problem is that Howard has to pay a very high price for his success. A price no man should have to pay.

You can very early see that authors like Stephen King influenced Frank when he wrote Walpuski’s Typewriter. The story feels like a mix of an old King short story and an episode of Twilight Zone with a big part of black humor mixed in. The tone of the story is a perfect mix.

Walpuski’s Typewriter is very easy read and as I said earlier it’s fairly short. This means that you can read it in one sitting without any problem and this is in favor of the story. Not that I don’t think that Frank have a longer novel in him but I’m glad this one isn’t longer then it is, it’s just as long as it should be!

Another thing that is very good about the book is that it has illustrations by Bernie Wrightson who King fans will recognize from books like The Dark Tower V – Wolves of the Calla, The Stand, Cycle of the Werewolf and Creepshow. I haven’t seen all of the illustrations since they aren’t in the ARC but you can see some over at Cemetery Dance. As usual the illustrations are very nice! 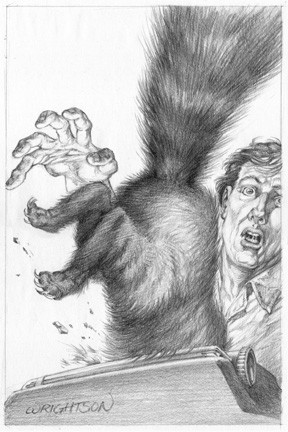 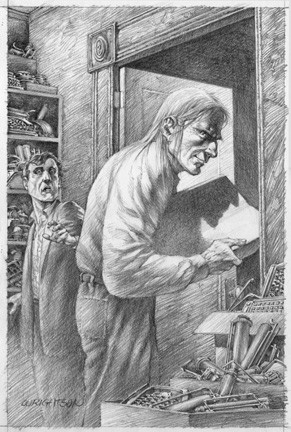 So, to sum it up. Don’t miss Walpuski’s Typewriter. In my opinion it could very well be one of the best books released in 2005. Yes! It is that good! 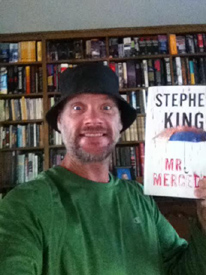