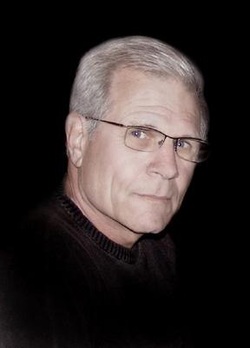 I call Tom late in the evening, well, late in the evening for me. I’m 9 hours ahead of him since I live in Sweden and he is in Los Angeles. So for Tom the afternoon has just started. He was in a great mood when I called and right from the start he is very easy to talk to. We chitchatted a bit before starting the interview something that doesn’t happen every time you do an interview. We talked about movie props and the ones that are on display in Marv’s Museum at Lilja’s Library. Tom reveals that lately he’s been collecting stuff from the movies he made. Movie props has in recent years become great collectors’ items and very cool to collect and display.

When we move onto the interview we start with The Ten O’Clock People that he’s working on at the moment. I ask him how he got involved with it. He tells me that it was actually Stephen King himself that suggested him to the producer. This was of course a big honor and I ask him if he and Stephen are close friends which they aren’t. But they have a great working relationship and when they have worked together in the past they have always gotten along very well when Tom did The Langoliers and Thinner. For each King visited the sets and has cameos in both too. They also hung out and ate dinner together. I couldn’t resist asking if he has convinced King to do a cameo in The Ten O’Clock People and Tom revealed that he had asked but not gotten a response yet so let’s keep our fingers crossed.

“It would be fun and the fans would love it but it’s also a distraction.” 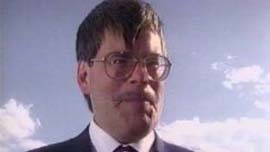 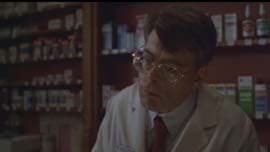 At this point Tom is writing the screenplay for The Ten O’Clock People and the plan is to start shooting on August 29. Tom admits to it being a close call when I ask him if that isn’t a very tight schedule for him to do the screenplay. He is desperately working to get it done in time and so far it looks good.

That’s not all he has to worry about though. I ask him how he plans on getting the special effects done. They are quite complicated, especially since in the story the aliens faces have movement under their skin. So much so that the skin itself looks like it’s moving. It’s even described like they have tumors underneath their skins and Tom knows how hard it is to get that to look good.

Tom says that in order to do that you need to use CGI but you still need to create heads that you can put over the heads of real people. And once you’ve done that you need to get them to move and that’s where CGI comes in. CGI is very expensive to do when an object is moving. If the object is in a fixed or stationary position, it’s a whole lot easier. To have a head like that, that’s moving and then have movement underneath the skin…that would be a nightmare in terms of post production. It is a problem that Tom really doesn’t know how to solve right now.

There is a risk that the heads in the movie won’t be as described in the story just because they are too difficult to get done well. Exactly how they might turn out he doesn’t know but he says it will be a lot of work for the special effects people and that they will have to make models so that they can then refine and determine how to best apply them to the actors.

I’m very curious to hear if Tom has any preferred actor and actresses that he’d looking at for parts in the movie and of course he does. Unfortunately, but not surprisingly though, he can‘t say who. It’s not often you hear people talking about who they want to star in a movie until contracts has been signed. As Tom says, who he wants might not be available when the time for casting comes. Also if the actor’s agent finds out that he wants their client the negotiations might become a lot harder. I ask Tom if he doesn’t want to take the chance to act in it himself because he has been acting in several other movies. He replies with a laugh, that it would only be a walkin, a cameo, it if happened. He also says he only acts in other people’s movies. It’s easier when he doesn’t have to direct himself. 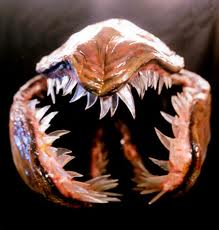 With Tom being a director who has already done two Stephen King projects, The Langoliers and Thinner, so I can’t help asking about them and what Tom feels about them today. “I think The Langoliers is a terrific movie. We did it under very difficult circumstances. It was made at the Bangor airport in the summer, during the tourist season, and we had to make it look deserted”. The Langoliers also didn’t have a lot of money to shoot for. “We shoot for $16 million and in those days we didn’t have digital yet. And I think it was a very strong miniseries”.

When we start talking about Thinner it’s soon very clear that Tom isn’t happy with the outcome. Or the outcome of the ending to be exact.
“Thinner was one of his more interesting pieces but my ending didn’t come out as I wanted it. The audience hated the ending.”
The first ending Tom shoot was the same as the one in the book, which is to say a very bitter ending. When Thinner was previewed for a test audience the loved it all the way up to the ending which they hated. Probably because the protagonist lost. So Tom ended up changing it to the ending you see in the movie today. Tom says though that even the audience hated the ending, if he could have gotten his wish through he would have kept the original ending and I agree with him.

Tom says it felt terrible to see that the audience hated the ending. An ending he thought was the right one. Unfortunately for us who would have preferred the original ending it wasn’t Tom who had the final say in what ending should be used. The studio pushed hard for a different ending and today that is the ending we got.

The special effects in Thinner were also very challenging. They had to make the lead character Robert Burke go from very big to very thin and the makeup team, led by Greg Cannom and Vincent Guastini did a great job. Greg created it, Vincent applied it, and it worked great. You also have to consider that all the effects we see are done live in front of the camera. No CGI was used for the movie.

Tom is also very happy with Robert’s performance and ironically that might have been part of why the audience hated the original ending.

“Robert did a great job with the character. He made you care for him and because you got involved in his quest to lift the curse and he failed in the end and the curse got him in a different way the audience was with him and didn’t want to see him loose. The movie wasn’t set up for a bitter ending and that’s probably why it didn’t work on the test audience.”

Tom sums up Thinner as a terrific movie but with an ending that’s slightly off in terms of the ending. In the book Bill Halleck lifts the curse and places it in the pie. Whoever eats the pie - dies.

Bill tries to set it up so that his cheating wife eats the cursed pie but instead his much beloved 17-year old daughter does. So his quest for vengeance kills the one thing he loves and because of that Bill commits suicide by eating a piece of the pie himself.
“I feel that I somehow failed in directing that but I’m still not 100% sure why.”
It took roughly 14 years to get the movie done because no studio wanted to touch it because of the ending and you can’t help but comparing it to the movie version of The Mist that did keep its original ending and had to take a lot of heat for it. And all of you that’s hoping that the original ending will end up on a special edition of the movie on DVD or blu-ray, don’t get your hopes up. The original ending ended up on the editing floor and is forever lost. 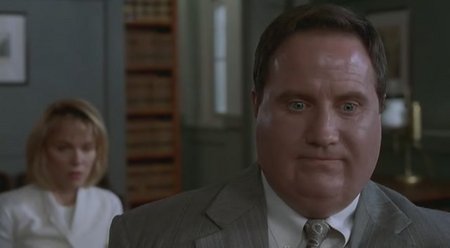 I end the interview asking if Tom has any contact with fans through the social media and he does. He really enjoys talking to fans but also knows how exhausting it can be. He only attends conventions that he can drive to and one he like to attend is Monster Polooza.
“It’s great to interact with fans but also hard to talk for 5-6 hours, it’s exhausting and you have to pay attention to stuff.”

He is also looking into social media and likes the fact that he can just pop in, listen and comment on stuff, and then get out to get some work done. Tom isn’t on Twitter yet but we might see him there soon and in the meantime check out his facebook site Tom Holland’s Twisted Tales where you can find info about his upcoming work for FearNet.com. 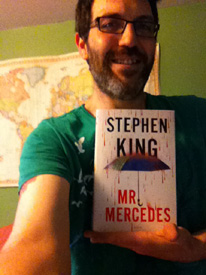