Lilja & Lou takes you through The Dark Tower trailer. Enjoy and please let us know if you agree or disagree!

Lilja’s Library Look At The IT Trailer

Here is Lou’s and mine first attempt to do a video pod. In it we take a closer look at the IT trailer that was released last week.

We’d love to hear your thoughts on the trailer, our attempt of dissecting it and if you have any suggestions and ideas for future video pods. 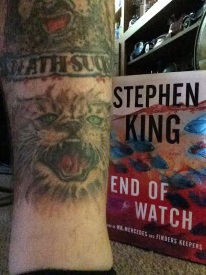