Variety reports that a movie version of The Tommyknockers is in the making over at Universal.

Jeremy Slater has been tapped to adapt “The Tommyknockers” for Universal Pictures, Variety has learned. The Stephen King adaptation is being produced by James Wan and Michael Clear, the team behind “The Nun” and “Annabelle: Creation,” and “It’s” Roy Lee.

King's Tommyknockers is based on the author's 1987 novel about the residents of a small Maine town and how they deal with what they perceive to be an alien spacecraft that has landed nearby. Frank Konigsberg and Larry Sanitsky will executive produce, while Emmy winner Yves Simoneau (Bury My Heart at Wounded Knee) will direct. 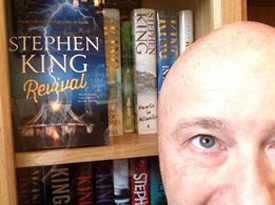