The remake of Firestarterwill get a digital release on June 12th and a DVD and Blu-ray release on June 28th. Here is a list of the bonus features, including a new ending.

Bonus features include an alternate ending exclusive to the new Digital, Blu-ray, and DVD release. Deleted and extended scenes, as well as a gag reel will also be included. “Kinetic Energy”, a feature in which film stars Zac Efron and Ryan Kiera Armstrong discuss how they worked with the film’s director to bring the story to life, will be part of the package as well as “Spark of Fire”, a feature that explores how the film was adapted from the 1980 novel. “Igniting Firestarter” – a behind-the-scenes look at all the fire-based stunts, “Power Struggle” – a behind-the-scenes exploration of the stunts performed in the film, and a feature commentary from the film’s director, Keith Thomas, will also be part of the included bonus features.

Will you get a copy? The new ending can’t possible be worse than the original. 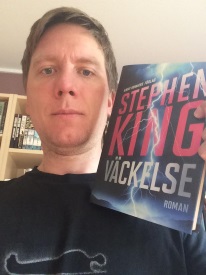