Here is the info you need about Mr Mercedes, Castle Rock and IT (updagted) at Comic Con. And for those of you that go, don't forget to bring me all the cool King stuff they hand out!

WEDNESDAY, JULY 18
Slashfilm reports that we'll get some early details about Andy Muschietti’s IT: Chapter 2 (which began filming July 2. Not sure what we'll see yet though.
Wednesday, July 18 at 9:30pm PT 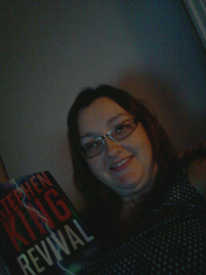