Looks like the list of short stories that will be in the upcoming collection has been set…but not yet released. Here is the confirmation from the moderator on King’s official board:


The list has already been set but I can't reveal yet which ones made the cut.

And on a question about if it would just contain stories or also poems and essays the answer was:

Yes, but not anything I can share publicly yet, or long story short 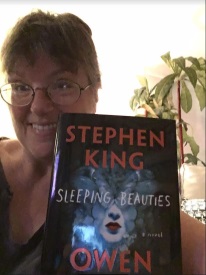