Dan Lin (producer for the upcoming IT remake) had this to say about it to Collider:


“My next hope movie I hope is The Brotherhood. It’s to be directed José Padilha, who directed Robocop. So we’re out to cast on that. It’s genre that I love — cops, gangsters. Based on true story, a mob/cop story in 1980s New York. So we hope to shoot that in the fall. Then Cary Fukunaga is writing and directing Stephen King’s It for me, and I’m really excited for that. So I’m hoping that’ll be his next movie after the indie he’s shooting in Africa. So I love what he did with True Detective. I think it’s a great sample for Stephen King’s It. So I’m really excited about that.” 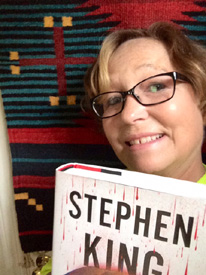