Under the Dome drops in ratings

Under the Dome is dropping in its ratings and after I read the excerpt from an article in Variety below I’m only more convinced that the good ratings it had earlier was more because it had no competition than the fact that it’s a good series… Sorry CBS but you should have settled for a one season run. What do the rest of you think?


After watching the top new summer program to come along in years fall to season lows on Monday, the Eye announced Tuesday that the season’s penultimate episode will be rebroadcast Saturday night at 9.
“Under the Dome” had been gaining steam in the last two weeks — thanks in part to the end of the Time Warner blackout — but last night’s episode started about 25 minutes late in the East and Central time zones, thus keeping some viewers from being able to watch. According to Nielsen, Monday’s episode averaged a 2.1 rating/6 share in adults 18-49 and 9.72 million viewers overall, down week-to-week by 22% in the demo and by 13% in total viewers.
CBS had aired the men’s final of the U.S. Open earlier Monday evening, and coverage didn’t wrap until 8:55 p.m. ET. The net opted to stick with its planned comedy repeats, meaning “The Big Bang Theory” did not conclude until about 10:25. The show aired at its regularly scheduled time in the West. 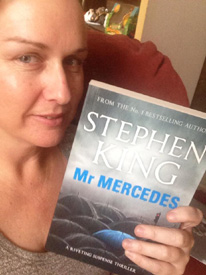