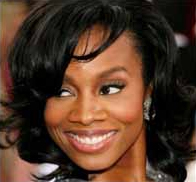 Another actress has been thrown into the macabre mix that will be A&E's four-hour adaptation of the Stephen King novel "Bag of Bones" from director Mick Garris. Read on for the details!

According to Variety Anika Noni Rose (pictured right) has been cast in the upcoming miniseries alongside the previously announced Melissa George, Pierce Brosnan and Annabeth Gish. Rose will play Sara Tidwell, a blues singer who haunts the film's main character. She is a Tony Award winner for her role in "Caroline, or Change," had a guest performance as a politician in the most recent season of CBS' "The Good Wife" and co-starred in the bigscreen version of "Dreamgirls." 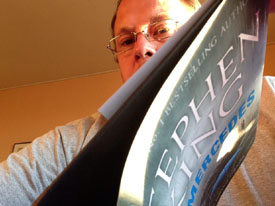