Pierce Brosnan has been spotted in Halifax where he is to shoot Bag of Bones. This was reported on The Coast:


Former James Bond and Irish-born leading man Pierce Brosnan has been seen in town, most notably at Steve-O-Reno's on Brunswick Street. He's here working on a mini-series called Bag of Bones, adapted from a Stephen King story. Though his licence to kill has been reassigned, Brosnan keeps making good choices with his career, recently appearing as a Tony Blair-esque politician in last year's Roman Polanski picture The Ghost Writer. If you run into him, mentioning his work in that picture might be a good ice-breaker. 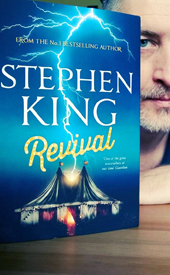