This news hit today from out of nowhere. Apparently Bag of Bones start shooting on July 6th. Here is what Dread Central had to report:


According to Sea and Be Scene, a mini-series based on Stephen King’s award-winning novel Bag of Bones will begin shooting in Nova Scotia July 6th, 2011, continuing through to August 31st, 2011.

The 'haunted vacation house' novel will be directed by Mick Garris, the writer/director on three previous Stephen King TV films including The Shining, The Stand and Desperation. Pre-poduction started today in the province. 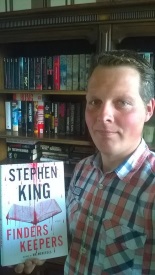