The Dark Tower to high for Universal?

Dread Central reports that Universal might have taken on to much when they agreed to do The Dark Tower. Here is what they say:


The challenge of bringing Stephen King's epic tale of gunslinger Roland Deschain in The Dark Tower is nothing short of a monumental task. Herculean even. With movies and TV shows promised, Universal is feeling some of the heat.

Universal's unprecedented "Dark Tower" movie trilogy and interlocking TV series, seen as a hugely ambitious project from the start, may wind up being too big for the studio's appetite.

Sources tell Variety that in the last couple of days, the project, based on Stephen King's sweeping seven-book-and-counting series, has run into budgetary complications that have caused Universal execs to rethink their original plans. Insiders expect U brass to meet in coming days to decide whether to put the project into turnaround, whereby producer Imagine Entertainment could shop it to other studios, either to partner with Universal or take over entirely.

To be clear: Sources tell Variety that right now, Universal is moving ahead and is anxious to get the project up and going. The studio had no comment.

Ron Howard unveiled plans in September to adapt The Dark Tower for three films, the first of which he plans to direct, bridged by a pair of TV series. Universal soon came on as a distributor, given Imagine's production deal with the studio; NBC (or an affiliated cable net) was expected carry the TV component.

Javier Bardem's (pictured right) deal to play the lead role of Roland Deschain is nearly closed, while Howard is still eyeing thesps for other roles. Howard and Brian Grazer are producing through Imagine, while Akiva Goldsman is set to write the script. 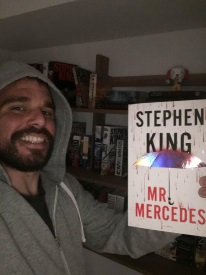