Variety reports that King and Spielberg is teaming up:


Steven Spielberg and Stephen King are joining forces to develop a limited series based on King's just-released supernatural thriller "Under the Dome." DreamWorks TV has optioned the book and is looking to set it up as an event series, likely for cable.

DreamWorks principal Stacey Snider was key in bringing the project to the company. Spielberg, King and Snider will exec produce along with DreamWorks TV chiefs Darryl Frank and Justin Falvey.Book, which has earned strong reviews as a return to form for the prolific author, revolves around the drama that unfolds after an invisible force field suddenly descends on a small vacation town in Maine. As the locals fight for their survival, the town descends into warring factions led by enigmatic characters.

DreamWorks is starting to meet with writers for the project. The plan is to set a writer before shopping the skein to prospective buyers.

Thanks to Anders Jakobson and Marco Lammers.
Read all Under the Dome news
To the news archive 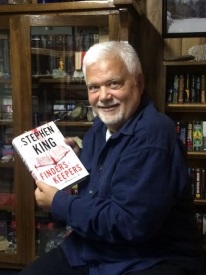