Thanks to Herbert West.
Add or read comments 0 Comments 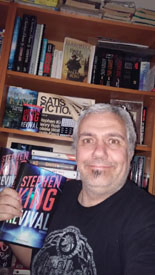