Home Delivery to hit the screen


After tackling Clive Barker's work with The Midnight Meat Train director Ryuhei Kitamura is now moving on to another literary genius ... Stephen King as Our Thing Productions is readying a live action adaptation of the Nightmares and Dreamscapes zombie tale, Home Delivery.

Paul Buckholts of Our Thing dropped us a line with the following tidbits of news to share with you: "My twin brother John and I optioned the film rights and have adapted Stephen King’s zombie short story HOME DELIVERY (from Nightmares and Dreamscapes). Visionary Japanese director Ryuhei Kitamura (The Midnight Meat Train) is attached to direct. 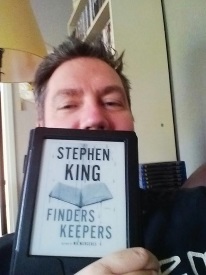