Broadway is about to become the Great Fright Way, thanks to Stephen King, who's penning a new horror musical.

The best-selling author has joined forces with rock singer John Mellencamp to write a macabre rock opera that will feature a haunted house and rapping ghosts.

The show - based on an idea by Mellencamp - is about two brothers with a strong, mutual hatred.

Tempers reach the boiling point when their father takes them for a visit to an old cabin they have not visited since they were young kids.

In an eerie twist, it emerges that their father had two older brothers who not only loathed each other, but killed one another while staying in the same cabin years earlier.

The ghosts that inhabit the cabin sing in a variety of musical styles, from rap to rock to country.

Mellencamp says he plans to cover "any type of music that Americans have invented. Our goal is to end up on Broadway."

King has already written a synopsis of the show and won over financial backers. He has also convinced Mellencamp to look past the horror meister's dubious track record in musical theater.

In 1988, the Broadway show of King's 1974 novel, "Carrie" - about a girl with supernatural powers - closed after just five performances. It lost close to $7.5 million.

King's latest venture comes 16 months after he was nearly killed in Maine when he was run down on the side of a road. The author of "The Dead Zone, "The Green Mile" and "Bag of Bones," King is currently riding high with "The Plant," the world's first successful "e-novel."

Mellencamp - who used to go by the name of John Cougar - has had more than a dozen Top 10 hits, including "Jack and Diane," "I Need a Lover" and "Authority Song."

The duo's Broadway show could be ready for the fall 2001 season. 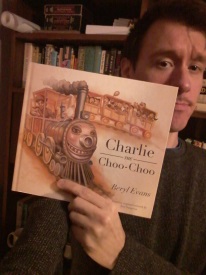