King to do a book signing on Nov. 6

From an official newsletter:


Stephen to do a book signing with fellow author Richard Russo on November 6, 2008

A Conversation with Stephen King and Richard Russo:
A Benefit for The Food Bank of Western Massachusetts and to celebrate the 45th Anniversary of The Odyssey Bookshop

Stephen King and Richard Russo will be participating in an on-stage conversation followed by a book signing to be held at Mount Holyoke College, South Hadley, Massachusetts, on Thursday, November 6th. 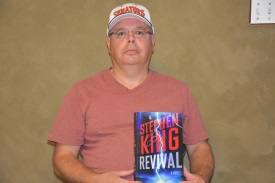