I’m very sorry to have to do this but as it is now I feel I have no other choice. As you might remember I ran a contest some months ago where the prices were issues of Marvel’s comic; Gunslinger Born. The sponsor of that contest was Silver Bullet comic and unfortunately they have not honoured their part of the agreement.

The deal was that they would provide the issues and also send them directly to the winners. This has not happened. Instead, what has happened is that they have done absolutely nothing and when the winners or I contact them about it they just ignore our mails.

As you all understand this is not the correct way to do business. It reflects badly on me personally and on Lilja’s Library and it makes the winners understandably very frustrated. That is why I now feel the need to put this info on my site.

And to prevent others from having the same problems the winners and I have with Silver Bullet comics I now want to warn you all for having anything to do with them. They have proven again and again that they don’t hold up their part of the deal.

I also want to apologize to anyone that has done business with them because of their banner on my site. I thought they were reliable but it turns out they weren’t and I just hope it haven’t caused too many problems for you! 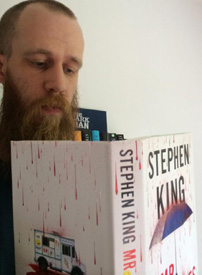