In July of this year, I began publishing a serial novel at my website, stephenking.com. The idea was one episode a month, pay as you go...and pay by the honor system. My inspiration was the newspaper vendors in New York City during the first half of the century. Many of those hired for the job were blind, because the distribs felt that even slightly dishonest people wouldn't steal from a blind newsboy. My experiment has far from run its course, but the first phase of it concludes later this month, when Part 6 of The Plant--by far the longest--goes up, this time for free.

In the modest hoopla that has surrounded the publication of The Plant, very few media analysts bothered to talk about the story itself (possibly because they didn't bother to read it). The Plant happens to be about a voracious supernatural vine that begins to grow wild in a paperback publishing house. It offers success, riches and the always desirable Bigger Market Share. All it wants from you in return is a little flesh...a little blood...and maybe a piece of your soul. What made The Plant such a hilarious Internet natural (at least to my admittedly twisted mind) was that publishers and media people seem to see exactly this sort of monster whenever they contemplate the Net in general and e-lit in particular: a troublesome strangler fig that just might have a bit o' the old profit in it. If, that is, it's handled with gloves.

The most dismaying thing I learned in the course of The Plant's run (a run that's not over but only lying dormant until next summer) is that there's a profound crevasse of misunderstanding between the smart guys of the business world and the talented goofballs who make entertainment in this increasingly entertainment-hungry society. Publishers, investors and media watchers see a venture like The Plant and say, "Ah, King is moving into e-commerce!" in the tones of 1940s newscasters relaying the news that Hitler is moving east. King, in the meantime, is thinking something along the lines of, "Hey guys! My uncle's got a barn! Let's put on a show!" It's a goofy thing, in other words. Not a business thing at all. Which, may I add, isn't the same thing as saying there's no money in it. Or cultural clout. Just ask the goofball who thought up Napster.

Am I displeased with how things have turned out? Nope. I've had terrific fun working on The Plant, and so far it's grossed about $600,000. It may end up over a million (the figures will be posted on the website early next year, down to the last crying dime). Those aren't huge numbers in today's book market, but The Plant--pay attention, now, because this is the important part--is not a book. Right now it exists as nothing but electronic bits and bytes dancing gaily in cyberspace. Yes, it's been downloaded by hundreds of thousands of people, either in its various parts or in its entirety, and some readers may have printed hard copies (even decorated them like medieval monks illuminating manuscripts, for all I know), but mostly it's just an electronic mirage floating out there all by itself, like Samuel Coleridge's stately pleasure dome, with no printing costs, publisher's cuts or agents' fees to pull it down. Advertising aside (I did some, not much), costs are low to the point of nonexistence, and the profit potential is unlimited.

Do Parts 1 through 6 constitute an entire novel? In the sense that there's a beginning, a middle and a resolution, yes. Readers will be as satisfied as they would be with, say, the first volume of a trilogy like Philip Pullman's His Dark Materials (not that I am claiming the same literary quality; never think that). Right now I'm returning to print publishing because I love it and because I have a contract to fulfill--two books remaining.

Is there anything about the coverage of Steve's Excellent Adventure that bothers me? Probably the implication that by using the honor system, I was either displaying a naive belief in the honesty of my fellow man or (worse) indulging in a bit of electronic bungee jumping. Neither one. By offering the story in installments and promising to pull the plug if payments fell off, I felt that I had armed myself with a stick to protect my carrot. It worked, too. Part 5 payments fell steeply, but only after I announced the venture was nearing its end. I'm afraid that did bring on a certain amount of looting.

The real test of The Plant's marketplace viability may come in late December and January, when Philtrum Press--my publishing company, which has offered books at odd intervals for almost 20 years--will e-market all six parts (The Plant, Book One: The Rise of Zenith) for $7, about the price of a paperback. And for that, my friend, you'll need your credit card.

My mamma didn't raise no fools. 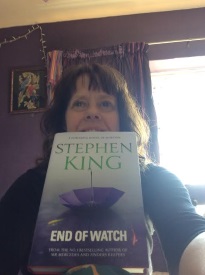