Upcoming Horror Movies reported the following rumor on May 22:nd

Apparently they got an e-mail from someone claming that there are plans to make a sequel to original "The Shining" with Jack Nicholson.

This is what the e-mail said:

Can't say my name, but I got some major news. Sources close to Jack Nicholson, say he's close to signing on to 'Redrum.' Yep, that's right the sequal to 'The Shining.' The movie takes place in modern day in the summer at the hotel they were watching in the first film. We never knew if Nicholson was dead in the first one, so that's why they're bringing him back. The reason it is not called 'The Shining 2' is because nobody in this movie has the shining, its all about a crazy man still loose since the 70's waiting for his revenge, the man being Jack Nicholson.

In another mail, also to http://www.upcominghorrormovies.com some one working in a studio claims to have read a script of Redrum. He/she also says it's a really bad script. Here is that mail:

I work in a studio where casting is the primary mode of operation. Scripts are always lying around.

Anyways, I have seen the script for a film called Redrum. I seriously doubt that Jack Nicholson is attatched to the script I read, though they are are mutating faster then the local insects. The draft I read is really, REALLY bad.

I'm not sure how much truth there is to this info but hey, they did a sequel to Carrie 25 (okay, 23 to be exact) years after the original, so why not?

If there is any further news about it I'll report it here. 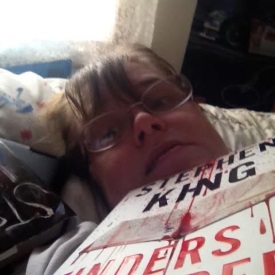