by Gayle Fee and Laura Raposa 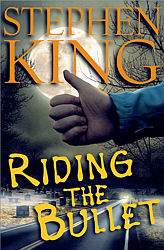 NEW YORK, Nov. 21 /PRNewswire/ -- Mibrary, the roaming digital library software company, today announced the finalists for the company's first annual award recognizing the largest contributor to the advancement and popularization of electronic books. The winner of the will be announced prior to the keynote address at the BookTech West 2000 conference in San Francisco on December 11. Mibrary's award is named for Dr. Alan Kay, widely considered to be a founding father of the eBook.

The finalists, from which the winner of the Alan Kay Award for eBook Innovation will be chosen, include:

* Stephen King's Philtrum Press: For the tremendous exposure he gave to the electronic book format through the release of his best-seller "Riding The Bullet", as well as publishing his newest novel, "The Plant" exclusively in electronic installments.

* Gemstar (NASDAQ:GMST): For the company's development and licensing of two of the most popular dedicated electronic reading devices, the REB 1100 and the REB 1200.

* Microsoft Corporation (NASDAQ:MSFT): For the company's Microsoft Reader and ClearType technologies, which brought ebooks to over 1 million consumers in the past six months alone.

"It is a great honor to be mentioned in connection with this award," said author Stephen King. "The e-book revolution has been one of the most exciting things to happen to me in the last two or three years, and I am delighted to think that I have had even a small part to play in changing the way the culture reads and expanding the market place for good books."

The winner of this annual award will be selected by popular vote at the Mibrary Web site http://awards.mibrary.com. Final balloting to determine the winner will conclude at midnight on Friday, December 1st.

The winner will receive the Steuben Pillar Crystal created by noted designer David Dowler. In addition, Mibrary will make a $5,000 contribution in the name of the winner to the Association of American Publishers' "Get Caught Reading" program. "The future of publishing -- both electronic and print -- depends on how well we capture the imagination of a new generation of readers, and that's what 'Get Caught Reading' is all about," Pat Schroeder, president and CEO of the American Association of Publishers said at the outset of the voting. "We're delighted that Mibrary has made support of 'Get Caught Reading' an integral part of this new award that recognizes special contributions to the development of eBooks."

"We're excited to see who will eventually be named the winner of Mibrary's first Alan Kay Award for eBook Innovation," said James Alexander, Chief Executive Officer of Mibrary. "Each of the three finalists have contributed immensely to popularizing the ebook and proving that it is a viable route for the publishing industry."

Mibrary provides roaming digital library software and infrastructure delivering convenience and portability for consumers while giving online retailers an automated, outsourced option for delivering high customer satisfaction at a reasonable cost. The Company's hosted application and deployed infrastructure are built around its patent- pending Mibrary KeyChain(TM) technology. Mibrary KeyChain is a pervasive computing solution that helps consumers manage their entire digital content collections in one place while providing access to this content anytime, anywhere through tethered or wireless devices. Mibrary and Mibrary KeyChain are trademarks of Mibrary.com Inc. Visit http://www.mibrary.com for more information about the company. 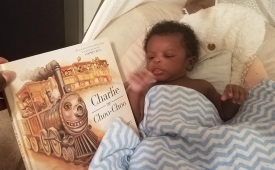