The Dead Zone - the 2nd half of season 1 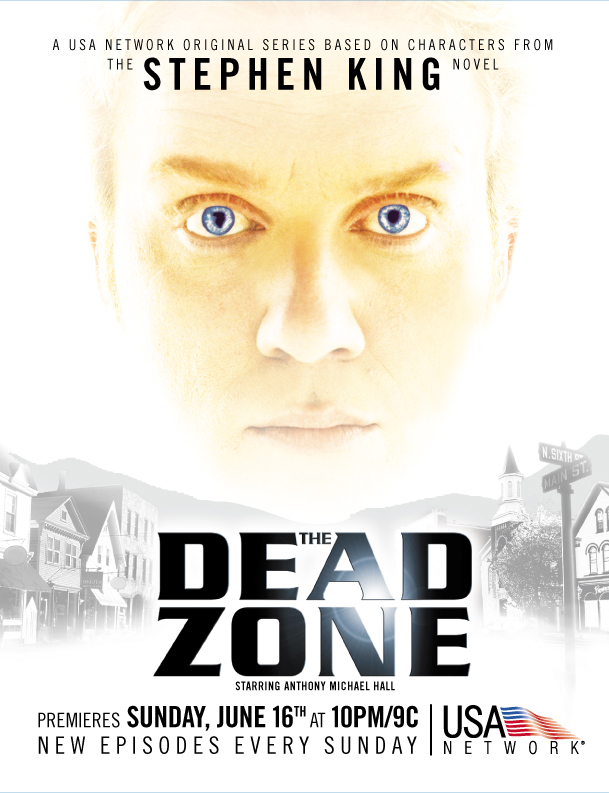 Now the time has come to take a look at the second part of the first season of The Dead Zone. My thoughts on the first half can you read here if you haven't already.

One thing that gets really clear in this half of the season (and I mentioned this in my review of the first half too) is that Sarah really hasn't gotten over Johnny, in one episode it gets especially clear… I'm really looking forward to see where the creators plan to take this in season 2.

OK, what happens in this half then? Well, in episode 8 (Netherworld) Johnny gets to live an alternative life. Here he is married to Sarah and they have two children together. This is one of the most interesting episodes because you get to see how Johnny's life would have been if the accident hadn't happened.

In episode 9 (The Siege) Johnny ends up in a bank robbery situation and has to save the situation. Here he gets to see the future (which isn't really that fun) and when he knows what will happen he has to change it…and in the progress save his own and Sarah's life. 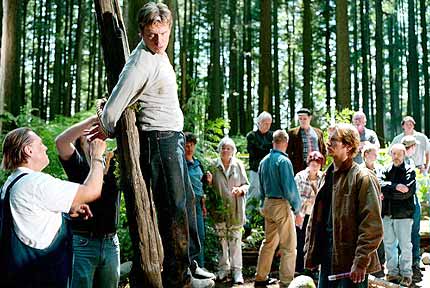 Episode 10 (Here there be monsters) has a title that gets you to think of King's short story Here there be Tygers… The episode has nothing to do with King's story though. In episode 10 Johnny is charged with being a witch. It goes so far that Johnny is tied to a stake by the townsfolk and the wood underneath him is about to be set on fire…

In episode 11 (Dinner with Dana) big things happens to Johnny. Here he gets to have sex for the first time since his accident. I won't tell you whom he has it with though… As the title indicates Johnny do have dinner with Dana (the reporter from Bangor Daily News) and when he has he experience really funny visions. He sees Walt, Sarah, Bruce and Rev. Prudy and they are all trying to give him advice. This is a really funny episode.

We also get to know a bit about Dana's past. Up until now she has been a relatively anonym character but here she gets a bit more life.

Episode 12 (Shaman) answers a really interesting question. What would happen if there where others like Johnny that also had visions? And even better, what if this other person had a vision of Johnny at the same time Johnny have a vision of him/her? Well, here we get the answer… 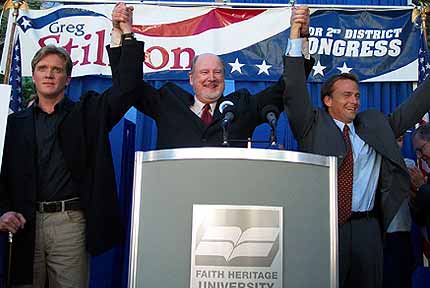 The season finale (Destiny) is one of the best episodes in the entire season if you ask me. Here we get to see the segment (from the book) about one of Johnny's students that want's to go to a "school's out"-party but can't because Johnny says the place where it takes place will burn to the ground.

This is interesting but not what makes this episode extremely interesting. This is the episode where Greg Stillson makes his entry! When you see the episode you will recognize the story from the book but you will also notice that the creators have expanded it a bit. Here Stillson and Johnny's life's are weaved together more and they have created a pattern between themself.

The episode ends with a cliffhanger (I don't think anyone expected anything else, right?) that makes me really eager to see season 2. Great work!

So the second half of the first season of The Dead Zone is even better then the first one? Yes, I would say that it is! What I would like to see in the second season is more stories about Rev. Prudy and Greg Stillson. They are both strong characters and I'm fairly certain that we'll see more of Stillson but I feel that there are more to Rev. Prudy then meats the eye. This I would like to see.

I would also like to see more connections to King's work. As I have said before it would be fun if they but in little connections to other King stories and it doesn't have to be just from the book. This would be candy to us die hard King fans!

So, all that is left to say is that if you missed the first season of The Dead Zone, watch the reruns and if you did see it, don't miss season 2! I know I won't! 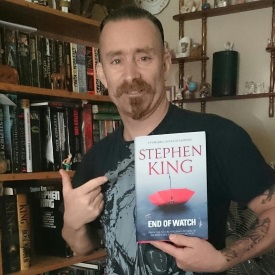