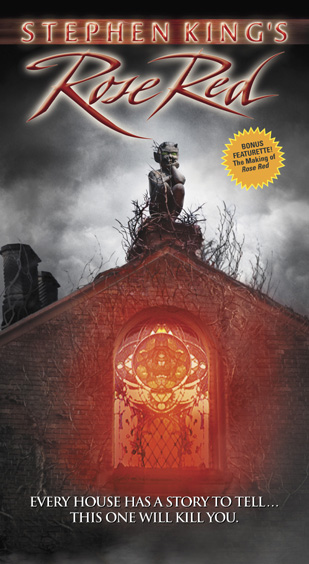 Today I got an advance glance at the DVD edition of Rose Red and that I'm really happy for! What I think of the TV series itself you can read in my review of it. Here I want to concentrate on the extra things that you will find on the DVD.

One thing that I hoped to find on the DVD was the fake documentary about Rose Red that aired on ABC before the series. I wasn't disappointed; the documentary is on the DVD. The title of it is Unlocking Rose Red: The Diary of Ellen Rimbauer and it's a 30 minute long fake documentary in the same style as was done about Blair Witch some years ago. Here we get interviews with all the key characters in King's story. They are all actors and actresses off course and sometimes that shows but I don't mind it that much. It's a fun thing to do and it gives the series itself a nice twist.

There is also a "making of" on the DVD. Here we get to know how Rose Red was done and for me this was the highlight of the entire DVD. In the "making of" we get to hear King himself talk about the series and how it was done. We get interviews with most of the actors and actresses and there are also loads of behind the scene clips.

The filmmakers show how they used miniatures of the house in different scales to be able to make all the scenes they wanted. One that was really fun is where there are stones raining from the sky. This was actually filmed while using a miniature that the crew then through stones on. This you would never have guessed when you watch the finished scene, I know I didn't.

They also show how they did many of the special effects. This was an interesting part in the "making of". One challenge that the filmmakers had was to make two of the characters dance a few inches in the air; witch wasn't the easiest thing to do. There where also a lot of puppets done for different scenes. It's amazing to see how they where done! 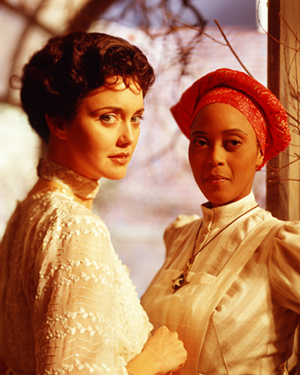 Other things that are covered in the "making of" are how King was influenced by the story of Winchester House when he wrote Rose Red. Apparently King got the idea to let Ellen Rimbauer keep building on Rose Red from that story. The "making of" also deals with the music in the series and the sad death of David Duke.

Beside these two documentaries there is also some storyboard, which I found really cool. Here you can see how the drawings of a specific scene looked like and at the same time see how the scene looked when it was finished. Really interesting stuff! There are also production comments that you can listen to as you watch the series. There are for example comments about King's cameo as he does it. There are also 14 images from what seams to be from the time when Ellen and John Rimbauer walked the earth.

This is a DVD that you shouldn't miss. I think that the extra material that you find on it is really fun to watch and makes this DVD one that I personally think is worth buying even if you don't count the series itself.

Do yourself a favor and go out and get this DVD on May 14th. 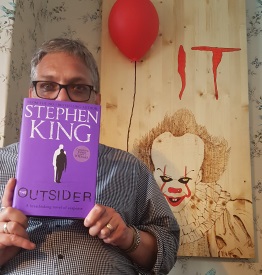