The title of episode 5 is ”The Truth” and it’s the truth that gets Jake in trouble. Sadie realizes that he isn’t telling her the truth about what he is doing. She comes to his home when he’s not there and finds the tapes he has of Lee and Marina and when she presses play it happens to be a segment when the two have sex and this gets her to believe that Jake has tapes with Russian porn. Something that isn’t taken lightly in the 60’s. She breaks up with him and also informs the school who then fire him.

Jake is devastated but if things go as planned he will soon be ready to go home. We have moved to 1963, about 6 month before the assassination. Now Jake just has to see Lee take a shot at the general and he’ll know he is the one that kills JFK. But as usual the past pushes back. As he is about to go watch Lee, Sadie’s husband, Johnny calls him and says he’s with Sadie and he better get there. Jake calls Bill and tells him to watch Lee but Bill is distracted and they don’t end up seeing Lee or anyone take the shot.

As Jake arrives at Sadie’s it turns out Johnny has cut her really bad. He also tells Jake to drink bleach, or he will kill Sadie. Jake and Sadie manages to overpower Johnny and end up killing him. Sadie is brought to the hospital and Jake ends up finally telling her he is from the future. At first she laughs at him but when he doesn’t join in she realizes he isn’t joking and the episode ends.

In this episode we gets to see a few flashbacks from the future (talk about time warp) where Jake and Al talks about what he as to do in the past. Chris Cooper is not seen much but he is perfect in the role. Bill keeps interacting more and more with Marina and ultimately also Lee and it’s very clear now that the role of Bill is expanded for the reason I suspected, to give the audience a chance to see Jake interact with someone instead of seeing him doing things on his own like he do in the book. It’s different from the book but it works and I think it’s a good change. 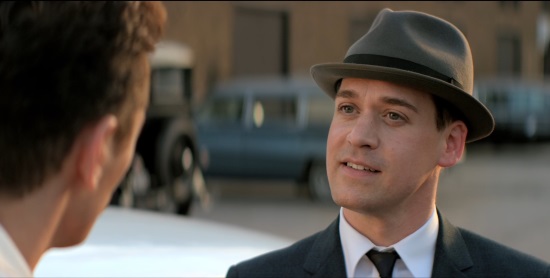 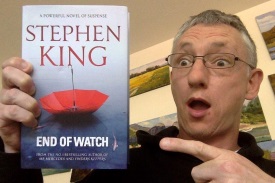