The first of eight episodes is longer than the rest. It’s a full 82 minutes long without commercials. This is common and is usually done so that we’ll get time to know the characters and find out what motivates them to do what they do. That is true here as well. We get to know Jake Epping who, in present time, works as a teacher. We get to know Al Templeton who owns the diner where Jake often eats. We also get to see that Jake is in the middle of a divorce from his wife and that he isn’t happy about it.

The setup is that while Jake and his soon to be ex-wife signs their divorce papers at the diner Al walks into the back of the diner and when he returns exactly two minutes later he looks a couple of years older and really sick. At first Jake doesn’t understand what’s happening and when Al tells him to walk into the closet and stay as long as he wants Jake really thinks his friend has lost it. But when he does what Al asks he soon finds out otherwise. As he steps into the closet he ends up in another time. More exactly October 21, 1960. The closet, or The Rabbit Hole as Al calls it is a time traveling portal. Here is one of the changes as compared to the book. In the book, Jake arrives in 1958. My guess is that they have simply shortened the timeframe to be able to fit it all into the miniseries. And this change really doesn’t matter that much.

There are some simple rules while time traveling though.
1. You always go back to October 21, 1960.
2. No matter how long you stay in the past, when you return you have only been away two minutes.
3. You do age while in the past.
4. What you have changed in the past affects the present.
5. If you go back again you reset everything to as it was before you went through the first time.

Al’s plan was to go back and save John F. Kennedy from being assassinated. Now, he is too sick (cancer) and asks Jake to go. At first Jake is reluctant but eventually he changes his mind and goes.

So, does it work? Yeah, I definitely think so. There were some things I was worried about. That I thought they might have a problem transforming from the book to the series. One such thing was Jake’s motivation to go back. After all, he would have to spend three years in the past until the assassination of JFK would take place. They fixed that. I was a bit worried about how they would make it look when he went back and forth in time but they fixed that as well. I was also a bit worried when Al talks in the series about the past pushing back when/if he tries to change too much. And even though that is the supernatural part of the series I think they resolved it in a good way as well. Partly by letting “Yellow Card Man” warn Jake. He is popping up on the oddest places though and I hope they explain him as we go along.

When it comes to casting James Franco works really well as Jake and Chris Cooper is perfect as Al. The rest of the casting doesn’t come into play much, if at all in the pilot so more on that later on. 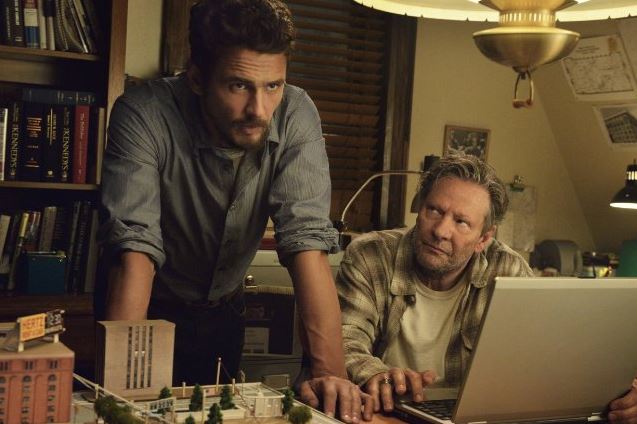 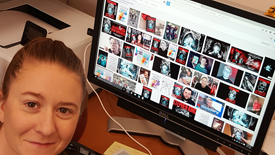