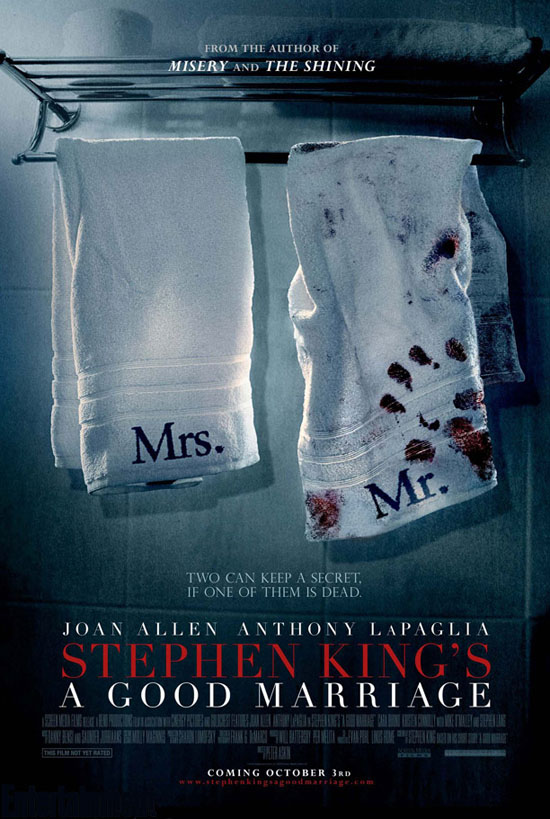 This review contains spoilers for the story so please don’t read it before you have seen the movie.

A Good Marriage is based on the short story with the same title. In it we get the story of Darcy who has been married for 25 years when she finds out her husband is a serial killer, much like the situation with the BTK killer in the US. And throughout the story, which is told from Darcy’s perspective, we get to live with her as she makes the gruesome discovery and then tries to figure out how to live with what she found.

The story is, in my mind, one of King’s best and I think that is because it really makes you feel Darcy’s desperation. You feel that she is in an impossible situation. One that she can’t get out of in any way without hurting someone. This is something the movie lacks. Among many other things…

In the movie you really don’t feel the desperation in Darcy. She feels much stronger in the movie and not at all as helpless as she does in the story. If that is because of the script or the actress I don’t know. And the movie moves the story way too fast and because of that some things are missed and some of the things the characters do seem totally illogical. Like when Darcy finds her husband’s box in the garage. All of a sudden someone knocks on the front door, a car is in her driveway and backs away and while this happens Darcy seems really scared but the second they are gone it’s like she has forgotten all about it. Or like when she finds her husband’s bondage magazine. She only glances at it and then continues to look through her catalogs. I would think that she would react much stronger to something like that. Or when the husband falls in the stairs. How on earth can he fall over a railing that’s like half his height? It’s not something you trip over and I really don’t feel like she could have gotten away with that.

Now I want to point out that it’s not the fact that they have changed stuff that bothers me but that the changes makes no sense and makes the movie lose a lot of what makes the story so good. And most of the stuff they didn’t have to change. It could have been kept as it was in the story. And what surprises me the most is that it’s King himself that has written the screenplay. Not sure why he made the changes he did but this time it didn’t work.

A Good Marriage is viewable but it feels like a very rushed movie. A movie that they didn’t really think through before they started filming. And that made it sloppy and rushed I’m afraid.
Add or read comments 0 Comments
Close comments 0 Comments 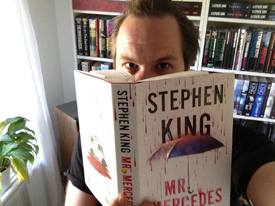