I've just seen what is probably the most elaborate, interesting and most penetrating documentary about the "Nightmare on Elm Street" films that you can find. During the four hours (yes, I kid you not) long documentary we get to hear all about how each movie were made, who was involved, what went well and what went not so well. The documentary is also made so that we get to learn about the movies in chronological order. Those involved in all the movies, with Robert Englund at the front, is like the spine of the documentary and all the interviews we'll see. And then, in addition to those, we also get interviews with those involved in each of the movies. This is a very effective and well structured way to tell the series story. And it's quite funny to see what everyone look like today, 10 - 20 years later ...

The only people missing is Johnny Depp who was in the first and sixth movie, and Frank Darabont who wrote the screenplays for film number three. But apart from these two I think most of those I expected to see are there.

We are also told about a lot of crazy script ideas for the various films that’s been written over the years. Above all, Freddy vs. Jason seems to be the one that generated most crazy scripts. And speaking of Freddy vs. Jason we also to hear Kane Hodder commenting on not getting the chance to reprise his role as Jason in that movie, something that made a lot of fans angry.

The documentary is a true labor of love and as if the documentary itself wasn’t enough we also get four hours of bonus material on a separate disk. This disk contains stuff like extended interviews, Freddy fans and their collections, people making Freddy gloves, Freddy cartoons and comic versions, music from the movies and a short documentary on the original movie posters that were made to the films. The one about the posters is particularly interesting because I have always liked the original posters. In it we get to hear from Matthew Joseph Peak who created these masterpieces, including the story about how the original painting of the poster for the first movie was saved from being lost forever. Finally, we also hear the actors from the first film to read selected lines from the movie and thus acting out the first movie in 10 minutes.

Never Sleep Again – The Elm Street Legacy is a fantastic documentary and if you’re a fan of the Nightmare movies you’ll love it, no question about it! 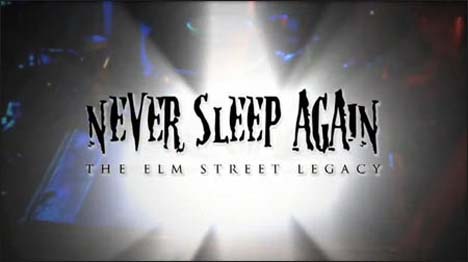 I’ll end this review with some trivia. One of the Friday the 13th movies ends with Freddy's hand coming popping up to pull Jason's mask into the ground. In Never Sleep Again – The Elm Street Legacy it’s confirmed that it’s Kane Hodder’s hand we saw and that the scene makes him the only actor to played both Jason and Freddy.

Oh, and by now you might wonder why this DVD is reviewed here at Lilja’s Library. It’s not a Stephen King movie. Well, besides it being a really great documentary two big names, closely connected to King, is involved in the Freddy saga; Mick Garris (who wrote one of the episodes of the TV series version) and Frank Darabont (who wrote the script for the third movie). So, now you know. Now go get the DVD! 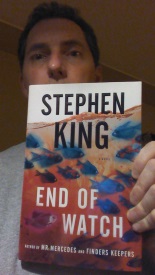