The second and last season of The Dead Zone starts of strong and intense but as the season progress it gets stranger and stranger and less and less logical and true to the rules of the series. The season starts of with Walt dying and Bruce and Rev. Purdy leaving. Purdy is back in the end and both Walt and Bruce makes guest appearances but I still miss them.

To replace Walt we are introduced to a female sheriff by the name of Anna Turner. Unfortunately the Turner character is quite boring and I never really care about her even though she is more in danger during this season then Walt was in the first five.

We also get to see more of Stillson, my favorite, but unfortunately the Armageddon is avoided when Malcolm Janus is killed in the same fire that kills Walt. Johnny’s visions of it just disappear. Personally I think this is the worst conclusion I have seen in a long time. Here the filmmaker had a chance to end this red thread that has gone through all five seasons before this one in a good way, maybe in the same way as the original in which Johnny try to kill Stillson. Instead they just waste it. Then, in the end, Armageddon is back because Stillson can’t marry Sarah. What is that? I don’t buy it. Also during most of the season Stillson appears to be a nice guy and is also transformed from the series most interesting character to the most boring.

In addition to this we also get a new actor playing JJ. The sad thing is that I really don’t have an opinion about him, he doesn’t make the role better or worse, he just play it and even though that character of JJ is taking up more space in this season he really doesn’t make an impression on my.

So, do we get a conclusion to the series in this last season then? According to me; No! Instead we get to know that Johnny’s father and also JJ have visions, just like Johnny. What is that? Johnny got his from first falling on the ice while young and then the coma. How can that be inherited in the family? Just not logical at all.

Unfortunately the sixth season of The Dead Zone isn’t just the last but also the worst of all the seasons and I can certainly understand that USA Network cancelled the series after it…maybe that was for the best? I think so.

What really bothers me is that the filmmakers didn’t take the chance they where given to give the series a proper ending. It doesn’t take a genius to understand that the series was hanging by a thread when it took forever to get the green light on the sixth season.

Then when they got the “Go” they tried to reinvent the series instead of giving it a worthy ending. Not very fair to the fans if you ask me! 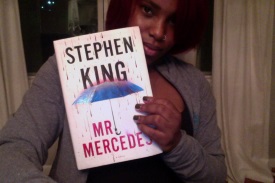