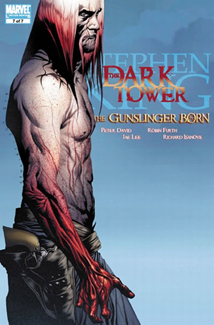 So, the end is here…

Well, not forever. This is just the end of the first story arc and there will be at least four more. In fact, at the end of issue 7 we get to know the title and the release date of the second arc. Marvel has asked me not to reveal that information though until the issue is released on August 1st so…I sorry.

Since most of you probably know how the story end since it has already been told in Wizard and Glass I will talk about it in my review (if you don’t want to know what happens please come back after you have read the issue). But even when you know what’s going to happen it’s very intense to see it illustrated in the comic. Jae Lee and Richard Isanove has really managed to translate King’s written text brilliantly to the comic. Susan’s death is very gruesome to see in print.

Also their interpretation of the Thinny and the faith of the people Roland and his gang lead into it is very effectively illustrated. The coloring and the mood is different from the rest of the issue and very fitting for the occasion.

Finally we also get to see Susan’s aunt, Cordelia Delgado, in issue #7. She looks very much as I interpreted her from King’s text. Very stiff and not very kind. While she is being manipulated by Rhea we also, once again, gets to see how evil Rhea is and I love every second of it.

The history lesson this time is part two about Charyou Tree and is called Come Reap! It tells the story of when King Arthur Eld tried to ban the reaptide burnings (Charyou Tree) but instead got to see his only love Emmanuell burn and his wife Queen Rowena give birth to a crimson, eight-legged spider.

With the very intense ending, the best cover yet and the hard work put in by Jae Lee, Richard Isanove, Robin Furth, Peter David and Chris Eliopoulos we have a superb issue in our hands. Issue #7 is, so far, the best issue in the Gunslinger Born series if you ask me. Everything falls into place and I can only bow my head and say thank you for the ride. Now I’m looking forward to the second story arc. 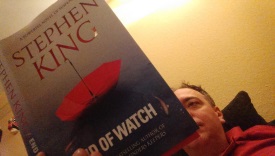