Mike Flanagan got to watch his adaptation of Doctor Sleep sitting next to King in a theater in the author’s home in Bangor, Maine. King had one issue with the movie, he thought it was too brutal. More exactly the death of actor Jacob Tremblay at the hands of the True Knot.

Flanagan tells The Kingcast: “It was one of the only times he leaned over to me during the movie was when Tremblay got killed. He leaned over and he was like ‘That’s a little brutal isn’t it?’ I was like ‘S*** I gotta go back, I gotta go back and edit this. I gotta pull stuff out.’ And we did, we changed it. We backed off…He said to me after as we talked about that, that was his only note for the movie really was, ‘That one’s gonna hurt…You need that, you’re right, but I would have a hard time showing this to my wife so you should think about pulling it back.’ And he was right.” 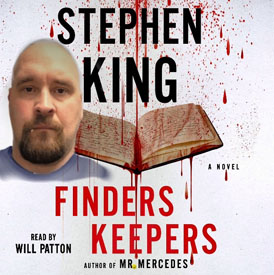