Andy Muschietti teased a bit about IT: Chapter 2 at Warner Bros’ presentation at CinemaCon.

The sequel, appropriately titled IT: Chapter Two, will cover the second half of the novel, taking us back to Derry, 27 years after the events in the first film. Although we still have over a year to go before the release of the sequel, Muschietti is already preparing audiences for the tone the film will have.

Among the material shown (and teased) by Warner Bros. during their panel at Cinem Con was that of IT: Chapter 2, with Muschietti teasing it is “going to be scarier and more intense,” and even advising the audience to “bring your adult diapers.” The studio also teased the beginning of production this summer, but didn’t reveal any details.

The only names confirmed for the sequel are the young versions of the Losers Club, as the film will feature a few flashbacks and Skarsgård reprising his role as Pennywise. 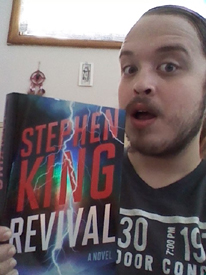