Disturbing Scene Cut From IT

Bill Skarsgård revealed in an interview that IT originally included a scene that even he considered "disturbing."


"There was a scene we shot that was a flashback from the 1600s, before Pennywise [was Pennywise]," he explained on an episode of Variety's Playback podcast. "The scene turned out really, really disturbing. And I'm not the clown. I look more like myself. It's very disturbing, and sort of a backstory for what It is, or where Pennywise came from."

Hopefully it will be included on the DVD/Blu-ray edition or in the second movie. Read more here. 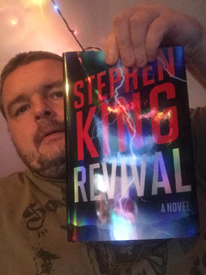