Frances Conroy To Star in The Mist

Frances Conroy has signed on to star in The Mist.

New York, NY, June 23, 2016 – Frances Conroy has signed on to star in Spike’s new scripted series “The Mist.” From TWC-Dimension Television (TV) based on the classic Stephen King novella, “The Mist” goes into production this summer and airs in 2017. The announcement was jointly made today by Sharon Levy, Executive Vice President, Original Series, Spike and Bob Weinstein, Co-Chairman The Weinstein Company.

Conroy has been cast in the role of “Nathalie,” a modern day ecological martyr. While she is seemingly more connected to nature than most people, her instincts about her fellow humans are dead on. Conroy is best known for playing Ruth Fisher on the television series “Six Feet Under.” 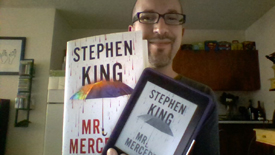