Second Description of End of Watch

Here is a second description of End of Watch: 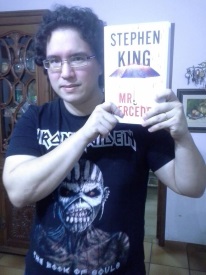