Should The Dome Stay Up or Not?

I say let the Dome stay down and end this while someone is still watching. What do the rest of you think?


CBS Entertainment Chairman Nina Tassler told reporters at the Television Critics Association summer press tour on Monday that while no decision has been made about Season 4, they aren't ruling it out. "The dome is coming down at the end of this season, but that opens up a host of other storytelling opportunities," Tassler said.

The question came as Tassler was being asked about the overall performance of CBS's summer programming. While Tassler acknowledged it's been a tougher summer, she said she is happy with the network's summer strategy. "We went into summer to have more original programming on air," she said. "Zoo is the No. 1 scripted show, Dome is the No. 2 scripted show, and Extant is No. 4. ... The shows are still performing. ... [and] these stream well on Amazon." 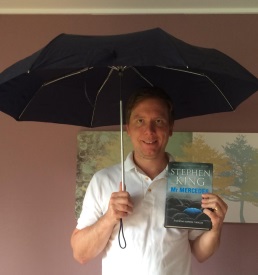