Looks like Cary Fukunaga is leaving the remake of IT and now the Movie(s) once more is pushed indefinitely...


Cary Fukunaga is out as the director of New Line’s two-part adaptation of Stephen King‘s “It,” which will not move forward as planned this summer and has been pushed indefinitely, multiple individuals familiar with the situation have told TheWrap.

Insiders tell TheWrap that “True Detective” director Fukunaga repeatedly clashed with the studio and did not want to compromise his artistic vision in the wake of budget cuts that were recently demanded by New Line, which greenlit the first film at $30 million. The situation came to a head over Memorial Day weekend, leading to Fukunaga’s abrupt exit from the ambitious project.

It’s unclear whether New Line will hire a new director to immediately take over the project or go back to the drawing board for an entirely new approach, but one insider told TheWrap that “It” was dead as currently constituted. A studio insider acknowledged the film has been pushed indefinitely but did not go into the specifics of Fukunaga’s exit. 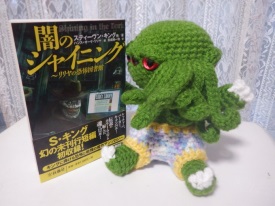