Portland Press Herald writes about how King signed more books than planed. I bet everyone there was very happy with this. Thanks King!


SOUTH PORTLAND – Stephen King has wrapped up his six-city book tour by signing hundreds of books in his home state of Maine.

The horror writer made his final appearance at Books-A-Million in South Portland, where hundreds of fans awaited with copies of his latest book, “Revival.”

Hundreds wait in dark for Stephen King book-signing tickets
Four hundred fans had tickets to have their books signed by King on Monday. But the line moved so quickly that he was able to sign books from another 100 or so people.

The 67-year-old King has described the book that was released last week as a “straight-ahead horror novel.” He told his Twitter followers, “If you’re going to buy it, better tone up your nerves.” 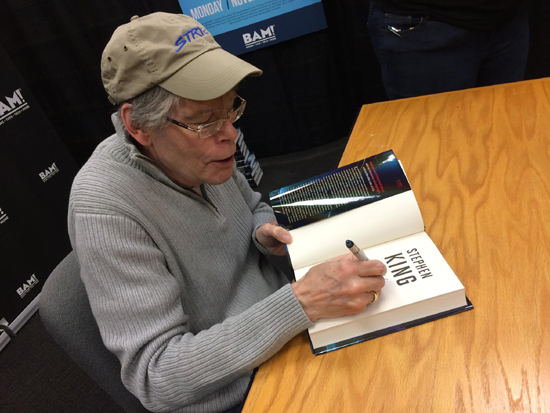 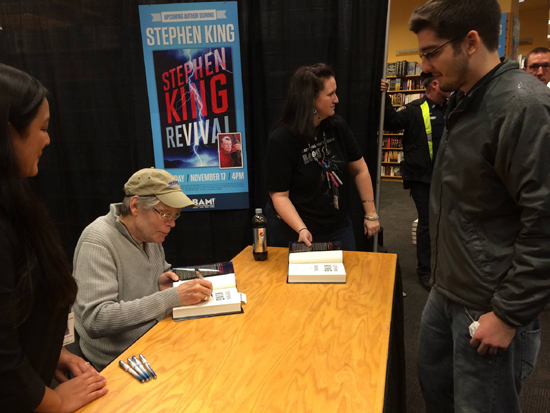 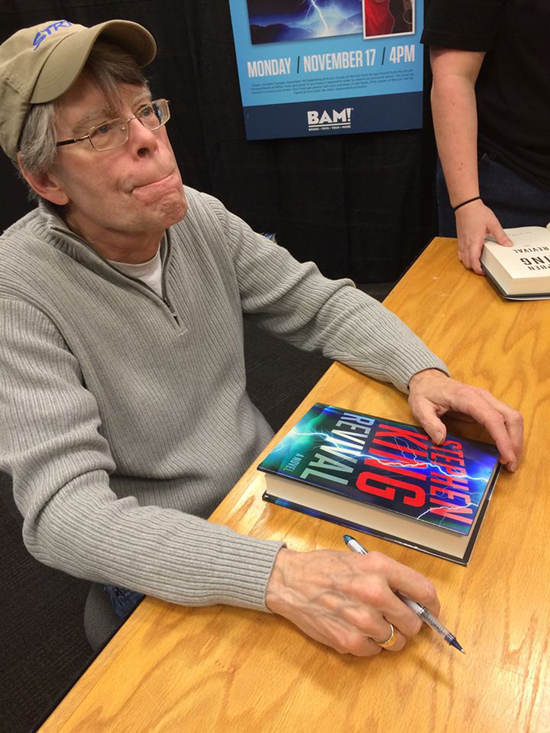 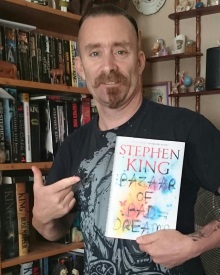